Everybody Talks About ROI… 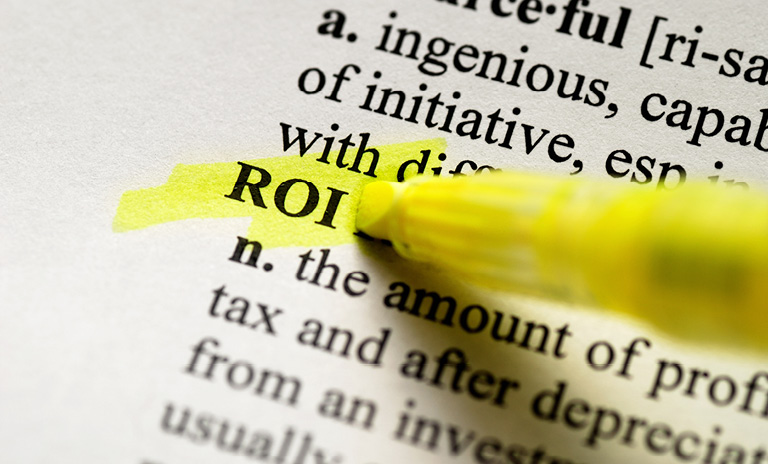 …but nobody is really doing it. OK, that’s a bit of an exaggeration, but my point is that Return on Investment (ROI) is a term easily bandied about by far, far more marketing practitioners than those that are actually doing the math correctly and consistently to measure the success of their initiatives. That’s a shame, because if marketing wants to continue to have a seat at the corporate strategy table, we must be able to demonstrate the value of what we do beyond awareness and “buzz,” to driving real-world results like increased sales pipeline and profitable revenue growth. Luckily, the tools that we have to link “top of the funnel” activities to later stage results have never been more available or easier to use.

It was Day 3 for me at a former company when I asked to see the actual expense and revenue numbers behind a telemarketing campaign that was showing 100% ROI on the marketing spreadsheet I had been given. When I saw that the campaign cost $80,000 and returned $80,000 in margin, I questioned how the marketing analyst (yes, this was his job) had arrived at 100% ROI instead of the correct 0% ROI. He replied that it was being calculated as “return OF investment” rather than “return on investment,” and that same formula had been used for THREE years for all of the company’s marketing campaigns. After checking with my new boss to make sure that the company didn’t have some sort of double-secret way of calculating ROI that NO ONE else in the world uses, I had the analyst recalculate the entire spreadsheet, which showed that we were, in fact, losing money across the board on most of our existing campaigns. After all, if you put $50 in the bank and get $50 back at the end of the year, you don’t think “Wow, I’ve received 100% of my money back.” Instead, you lament the fact you earned zero interest on your money that has been tied up for an entire year.

Once we get beyond the correct method of calculation, there are several nuances, however, that go into determining the “return” and the “investment.”

Going forward, marketers must embrace both their left-brain analytical side as well as their right-brain creative side to be successful. At a minimum level, this allows you to allocate resources to the marketing activities proven to generate the highest returns. If done correctly, it provides a consistent framework and set of standards for deciding how to make the best use of limited marketing resources. Beyond that, however, it helps guide overall marketing strategy, insulates those high-performing programs from arbitrary senior management decision-making and budget cuts, and guarantees a seat at the table when setting overall corporate strategy.

In future blogs, I’ll take a look at the various strategies used to attribute revenue to various customer touchpoints, such as first touch attribution (FTA) and multitouch attribution (MTA). This becomes a critical component of “closing the loop” on your digital marketing campaigns for those organizations with complex customer journeys or campaigns targeted to “top of the funnel” acquisition (i.e. search) as well as nurture campaigns (i.e. webinars) designed to accelerate the sales cycle for those existing prospects.

The Quell Group provides a complete set of digital marketing services, including assisting with the selection, implementation and advancement of technologies that address your company’s unique marketing challenges. To discuss how to achieve your growth goals through smart application of marketing technologies, contact The Quell Group.